Mid-Engine Corvette: Everything We Know

The C8 Corvette is finally here. Read up on all our coverage right here. 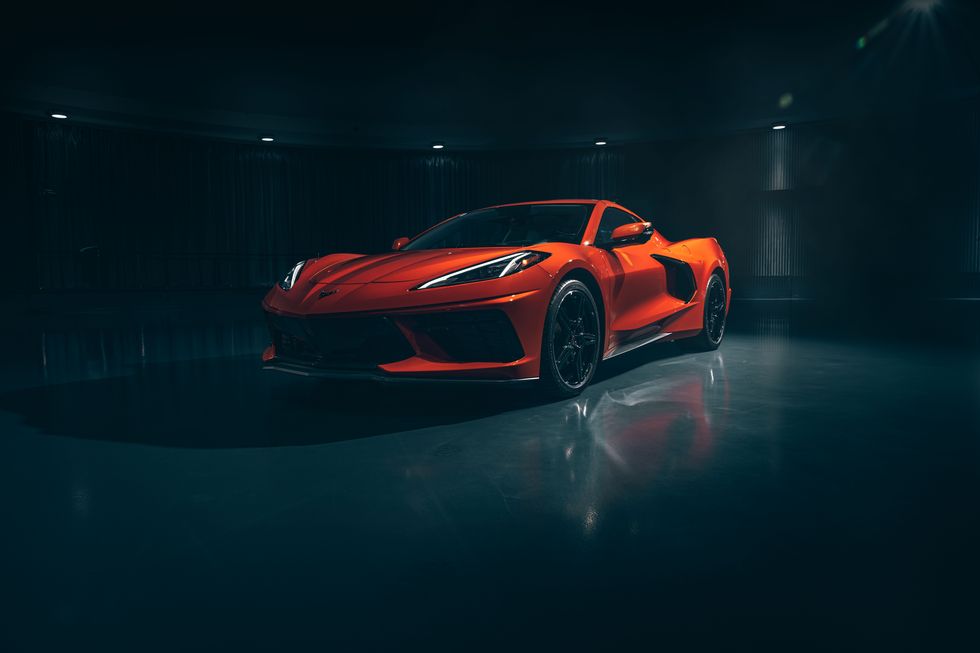 It’s here. The mid-engine C8 Corvette is finally here. Read up on the specs for the 2020 Corvette Stingray right here. The story below appears as it was before the mid-engine Corvette was revealed on the evening of July 18th. After decades of speculations, concepts, and renderings, a mid-engine version of everyone’s favorite American sports car, the Chevrolet Corvette, is finally on its way.

Its Plant Is Getting a Second Shift

GM just announced that the Bowling Green, Kentucky plant where the Corvette has been built for almost 40 years will get a second shift and over 400 more employees to build the C8. It’s not clear if this is because GM anticipates additional demand for the C8, or if it’s going to slow production down to keep quality high.

Hagerty reports that the C8 will start in the $60,000 to $70,000 range, where it’ll be equipped with a new version of the current Corvette’s naturally aspirated LT1 6.2-liter V-8. This engine, likely dubbed LT2, should make around 500 horsepower—up from the LT1’s 460 horsepower. 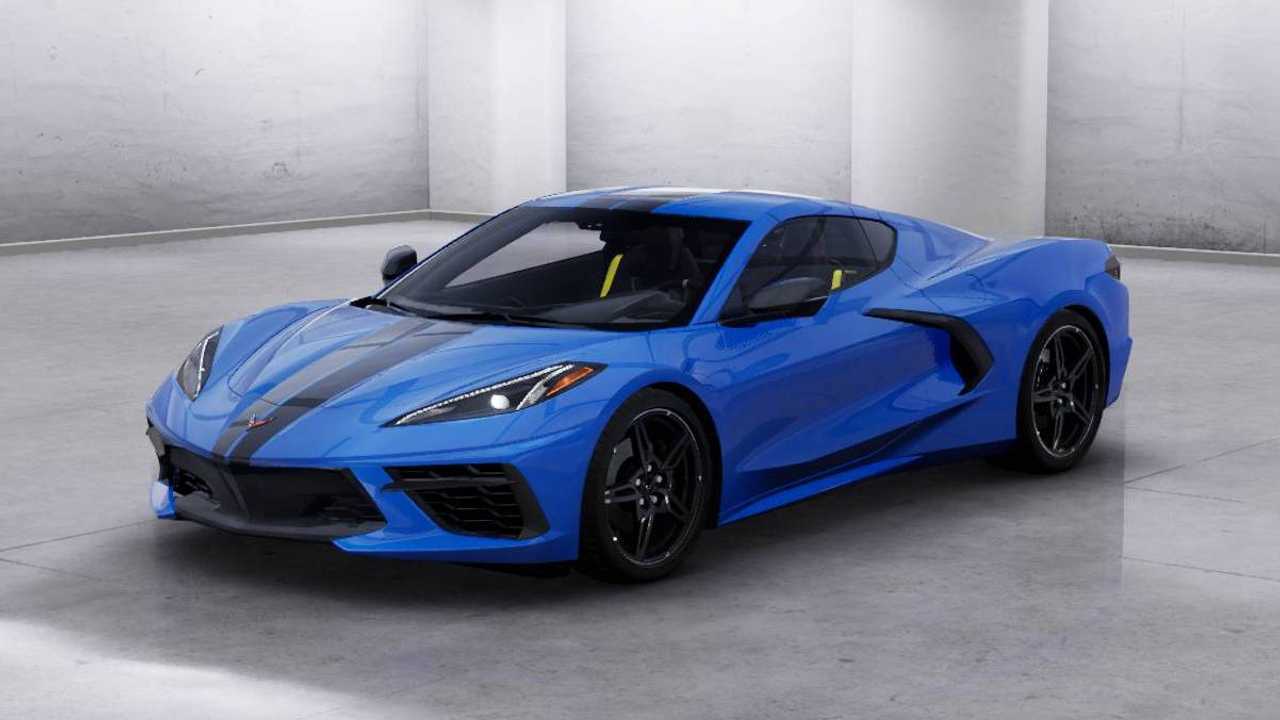 It Could Get a Fancy New V-8

A 500-hp V-8, good though that may be, is only where things should start. Hagerty thinks that Chevy is working on a twin-turbo overhead-cam V-8 for the C8, possibly with a flat-plane crankshaft.

An All-Wheel Drive Hybrid (!) Is a Possibility

In an August 2016 report, the Detroit News said the mid-engine Corvette is codenamed “Emperor,” and that a hybrid version could be in the pipeline. Speaking to the Detroit News, Bob Lutz speculated that the mid-engine Corvette could have a small battery and electric motor to decrease fuel consumption and enable all-wheel-drive. Over at Hagerty, Sherman reports the same thing, adding that an electric motor driving the front wheels would replace the front trunk in base C8 models.

While GM has filed a patent for a clutch-by-wire system that replaces the traditional hydraulic master- and slave-cylinder mechanism with an electronic actuator, many signs point to the C8 being a dual-clutch only affair.

Back in 2016, our colleagues at Car and Driver reported that the C8 would use aseven-speed dual-clutch gearbox sourced from Tremec. Of its seven speeds, the top three are overdrives, and Tremec says it can handle 9000 rpm input speed and 664 lb-ft of torque.

Car and Driver argues that Chevy will only offer this Corvette with one gearbox to reduce cost and complexity, but a world without a manual-transmission ‘Vette is hard to imagine. Still, a dual-clutch would be a big improvement over the current Corvette’s eight-speed auto.

It Will Have an Interesting Engine Cover

Chevy’s first mid-engine Corvette is a prime chance for Chevrolet to innovate. A recent patent application shows that the engine cover is a design that Chevrolet has spent a lot of time innovating. The design has been made to aid cooling, which might be why the rear of the car has been covered so much in testing. See full details here.

Looking at a batch of photos of the C8 Corvette testing on the Nürburgring, our colleagues at Car and Driver noticed something interesting—two distinct cut lines on the roof. They speculate that the mid-engine ‘Vette has a removable roof panel. That’s not the world’s biggest surprise, as all Corvettes since the late 1960s has featured pop-out roof panels—save for the C5 Z06 and fixed-head coupe, and the C6 Z06 and ZR1.

We’re not sure if this means Chevy won’t do a conventional convertible version of the Corvette, but that’s hard to believe. Then again, this car will break with a lot of traditions.

While prototypes are out on public roads doing testing now, the racing version of the C8 spotted at Road America getting ready for the 2020 season. As with all Corvette race cars dating back to the C5-R, the C8.R will be built by Pratt and Miller and entered into the IMSA WeatherTech Series. A run at the 24 Hours of Le Mans in 2021 is possible, too.

Audio from the C8.R’s test sessions reveal a car that sounds quite different than the thundering C7.R, leading us to wonder if this car has a V-6, or perhaps a flat-plane V-8.

There have been rumors about Chevrolet developing a mid-engine Corvette for half a century. Indeed, Chevy has built a number of mid-engine concepts through the years, only to abandon them somewhere in development.

The first official prototype (pictured above) was revealed all the way back in 1970, and it was nearly production ready. In 1986, GM showed off the Corvette Indy, complete with a mid-mounted twin-turbo V-8 and all-wheel-drive. Then, in 2002, Cadillac revealed the stunning Cien concept at the Detroit Auto show. In between the Cien’s axles, behind the passengers, was a 7.5L V-12 with 750 horsepower. It wasn’t branded as a Chevy, but industry watchers took it as a sign that GM wanted to do something big.

In 2004, it was decided that the Corvette had reached the limit of grip with the traditional front engine, rear-wheel-drive layout. As legendary GM product guy and R&T contributor Bob Lutz explains, the design team got as far as constructing two full-scale clay models, a Corvette and the equivalent Cadillac XLR, both with the engine in the middle. Sadly, the recession of 2008 (and GM’s eventual government bailout) caused the automaker to put a hold on, and eventually cancel, this mid-engined Corvette project. Now, things are different.

Our spy photographers caught three mid-engine Corvette prototypes testing in southwest Michigan alongside a Porsche 911 Turbo S in 2017. The Corvette and 911 have always been rivals, but bench marking a Turbo S indicates that Chevy is trying to make a true everyday supercar.

The Design Will Be Pretty Different

Since the engine is going to be sitting behind the cabin, the car will look quite different from the traditional Corvette layout. Just check out these spy photos for proof.

A mid-engine layout would give the Corvette very different proportions than we’re used to, but it does appear that some trademark styling details are present. The roof line and windshield look distinctly Corvette, for example, as do the quad taillights.

The Performance Will Be Even Better

The only reason the Corvette would switch to a mid-engined layout is for performance. Engineers at GM understand that there is a limit to how much power a front-engine supercar can put down, and how much cornering grip it can achieve. Although the current Corvette is a fantastic sports car, it’s inherently held back by its front-mid-engine layout. With the engine in the middle, the car’s weight distribution can be optimized, with turn-in and corner holding capabilities benefitting as a result.

The mid-engine Corvette has long seemed like a fantasy, a daydream promoted by automotive journalists, Corvette loyalists, and those who want to see an American automaker finally build a direct competitor to the likes of Ferrari and Lamborghini. Recent evidence suggests that this wish could finally come true. While we’re hesitant to call it a sure thing, we think there’s a strong likelihood it could happen. And we can’t wait to get our hands on it. 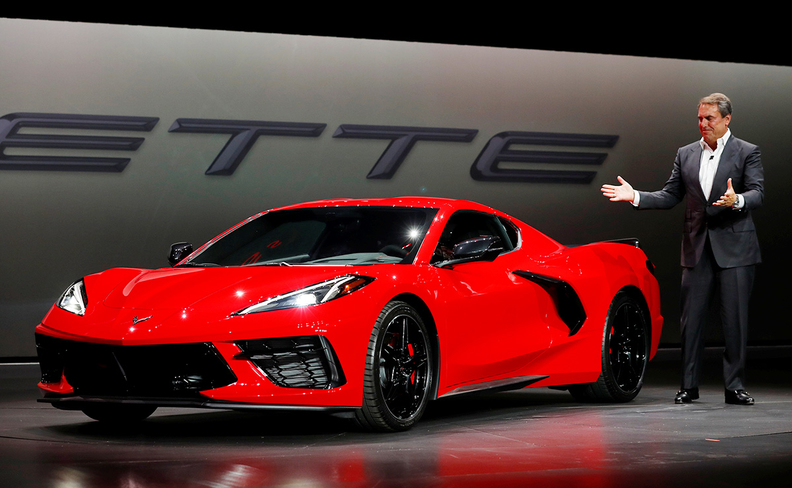 It Could Be Called Zora

A member of the mid-engine Corvette forum recently discovered that Chevrolet has begun to trademark the name “Zora” in several different countries, including the US, the UK, China, Japan, and Australia. If you’re not familiar with the name, Zora Arkus-Duntov was the GM engineer responsible for much of the early Corvette’s development, engineering, and racing success. He worked on the Corvette program from 1953 up until his retirement in 1975 at the age of 81 years old. Though he didn’t create the car, he’s known throughout the car world as the “father of the Corvette.” It’s worth noting he was also a successful racing driver, taking class victories in the 1954 and 1955 24 Hours of Le Mans.

Here you can create the content that will be used within the module.

Specialized body shop Chicago concentrating on certain parts such as brakes, mufflers and exhaust systems, transmissions, body parts, automobile electrification, vehicle a/c unit repairs, vehicle glass repairs and also installment, as well as wheel placement or those that just function on particular brands of vehicle or cars from specific continents of the globe. There are also Chicago, IL auto service centers that focus on vehicle modifications and personalization. Usually, numerous customized auto repair stores will have varied facilities as well as centers (for specific work or automobiles), as well as technicians and also auto mechanics with different qualifications.

In nations such as the UK, the mobile auto body repair fields has experienced high growth by method of mobile SMART Repair firms providing mobile auto body repair solutions, such as Bumper Repairs, auto body repair, paint less dent repair and also paintwork issue repairs to exclusive and also industrial customers, typically within the sector framework of redecorating vehicle damages on a local basis, where the area of damage being fixed is not in extra of an A4 sheet of paper.